The Problem with Buying a Fitness Program Online

When I finished college, I left 40+lbs heavier than when I started.

It only took me 3 months to lose the weight…. after I figure out what the heck I was actually doing.

For reference, here’s the difference those 40-50lbs made: 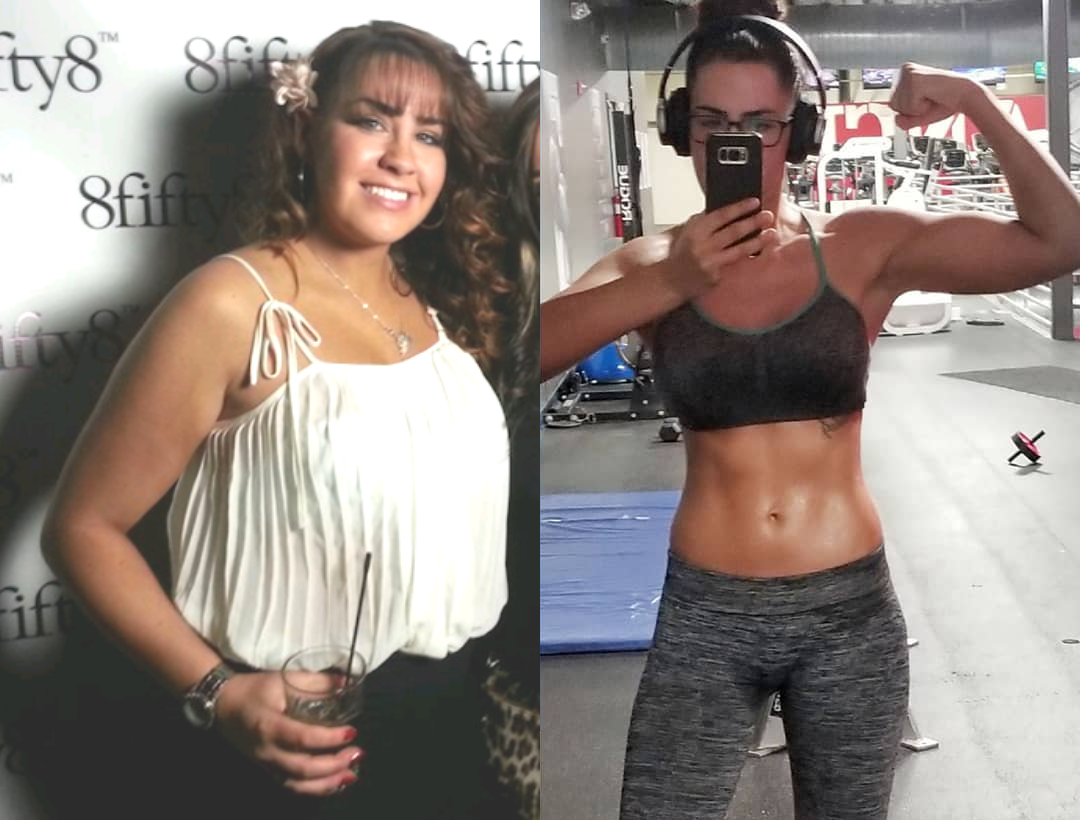 When I first started trying to lose weight, I felt lost and struggled to see results – so I bought a lot of fitness programs online and even some “personalized online coaching”.

Despite some success with some of them, I noticed some recurring issues I had with them that were pretty frustrating.

I want to share with you the issues I found, not to bash the programs, but I don’t want anyone else to waste time and money like I did. Every program is different though, so these are just somethings to be aware of.

I had to sift through lies.

The first problem with online fitness programs isn’t with the programs themselves – it’s finding one.

About 90% of what I found in my search would mention something along the lines of “Lose 10lbs in ONE week!”

Most people would be drawn to that, because who doesn’t want to lose a buttload of weight super quickly like that?!

But even back then, basic logic told me not to trust those programs.

For starters, anyone promising that they can help you lose X pounds in N days has to be lying.. literally has to be.

A bald-faced lie right up front – I quickly Xed out.

Challenge Over. Now What?

Many popular diet and exercise programs are sold as challenges, i.e. “28 Day Challenge” or “12 Week Challenge.”

I’m also guilty of this as I have my own 8 Week Challenge, but that was only by popular demand.

These challenges have pros and cons, so take this point with a grain of salt.

Challenges can be great because they give you a tangible goal. Breaking up large goals into smaller tangible pieces and setting a “goal date” are things I even talk about in my post on ideas to keep you motivated when trying to lose weight.

People often see great results on them because of this, but the problem comes after.

Some people use it as a “jumping off” point and continue their progress after.

Others tend to feel lost after the challenge is over.

I did a shorter challenge before (I think it was 28 or 21 days, it was years ago so I can’t remember exactly) and this was the case for me.

I did a longer challenge a bit later on (an 8 week) and I felt like I had better-cemented habits and had learned a larger arsenal of workouts and nutrition to keep me going after the challenge was over.

That was a bit further into my journey though so I’m not sure if that was due to the longer challenge or just my knowledge and experiences accumulating.

This point is kind of a combination of my last 2 points… and kind of bonus third point… anyway..

A lot of the challenge programs promise that you’ll lose X amount of pounds by the end.

…But they’re cookie cutter programs, meaning everyone gets the same thing.


Widget not in any sidebars

Any program that says or promises that is a big red flag to me… Thank you, NEXT.

Yall Got Anymore of That Motivation? 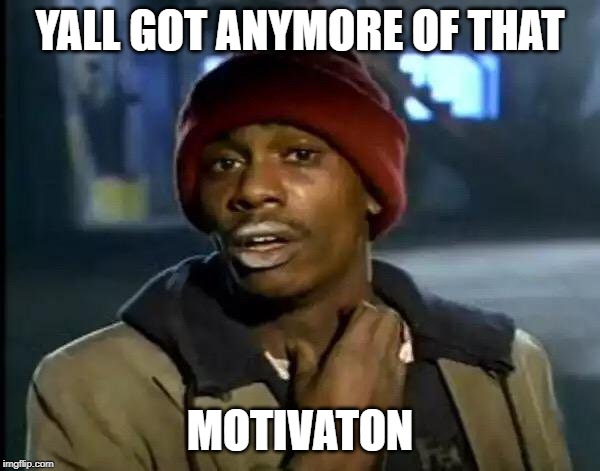 For me, one of the BIGGEST struggles starting out was a lack of consistency due to lack of motivation.

Starting out I would be motivated for like, a week, then my excitement would pass and the realization of how much dieting and exercising when I was tired sucked took its place.

None of the programs I bought talk about staying motivated and accountable (not referring to the challenges here since we talked about those being motivating by their nature).

Over the last 5 years, one of my biggest takeaways is that motivation and willpower can be learned.

Too often they’re talked about as if they’re some magical powers that you are either born with or not.

One of the top 5 questions I get asked is “How do you stay motivated?” or “How do you maintain so much willpower?!”

Every one is always surprised to learn that I was not always this way. I have learned at worked at it for a long time.

There is a limit to how much you can motivate someone through an online program, but you can definitely at least help give them the tools – given that all of my motivation and discipline has been learned without someone teaching me in person.

After having bought multiple programs online, including a few at home workout videos programs (yes, including the popular Beachbody programs), I gave up on them and instead tried an “online personal trainer”.

I found a very popular (millions of followers) bodybuilding competitor on Instagram that was offering “1 on 1 personalized online coaching.”

It cost a whopping $199 for ONE month of coaching, so I was hesitant, but hopeful.

While I did have good results from following the program that month, I strongly believe it was much more so due to my extreme commitment to working out and eating during that time as a result of the guilt I felt from spending so much money on it.

It’s not that the program was bad by any means, but to say it was personalized is a bit of a stretch.

The only thing “personalized” about the program I received was my macro goals… which you can get from any online macro calculator.

Literally nothing else was tailored to me, it could have belonged to any other cookie cutter online program.

I probably could have let my point above go when it comes to the online personal trainer, but my real gripe with it was that I paid $199 for a month and what I actually got was a week.

When I asked for more, I was told that this was standard and to just repeat them the following weeks.

I was also told they would start on making some more plans for me, but it might take a while to come up with. Anyone want to guess how long it took? Yup, a month, so if I wanted the “new plans” I had to pay for another month.

Like I said, I did see results, but you can literally see results with ANY plan if you commit to it as hard as I did that month.

I did not eat a single crumb that wasn’t part of the plan and I did ever second of every workout week after week – including two-a-days 3xs a week.

Now, I’m no rocket scientist (I am an engineer though if that counts for anything), but I don’t think it takes rocket science to figure out the pattern within all of these programs I bought – including the video series and the online personal trainer.

That’s right, I noticed they were following a formula.

Of course they each had their subtle differences and different types of workouts, but there wasn’t anything significantly different between them.

Once I realized all of these programs were just made based off of this basic formula, I had to share.

So… I decided to make my own program that set out to solve all of these problems that I faced and… to share the formula for creating your own plan.

The result a program that..

..that teaches you how to create your own workout routines and meal plans.

..teaches you how to re-calibrate for different goals (weight loss, muscle gain, or maintenance) or when you hit a plateau.

..gives you sections and tools on how to stay motivated and accountable.

..teaches you how to measure progress without a scale.

It can all be found in the Fit for Life program for way less than I paid for my one month of “coaching”.

I didn’t want anyone to go through the wasted time and money that I did just to achieve their goals, feel healthy, and get their confidence back.

Buy it once and never buy another program again.


Widget not in any sidebars

2 thoughts on “7 Things to Consider Before Buying an Online Weight Loss Program.”